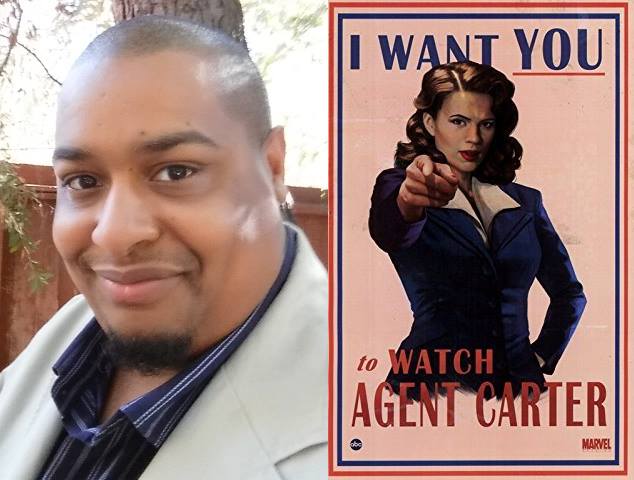 Hey everyone! Two Towers Talk Show is honored and extremely excited to announce that we will be interviewing author/screenwriter, Brandon Easton! If his name sounds familiar, it’s because he is a writer for the Marvel TV show, Agent Carter.

Easton is the producer, writer and director of Brave New: Black Sci-Fi and Fantasy Writers of the 21st Century – a documentary which addresses the issues of race and representation in the comic book industry, genre publishing and Hollywood. For this program, he interviewed new, but acclaimed, writers such as: Nnedi Okorafor, N.K. Jemisin, Geoffrey Thorne, Anthony Montgomery, Erika Alexander, Tony Puryear, Hannibal Tabu along with several others.

Easton and Anthony Montgomery collaborated on the graphic novel, Miles Away, which chronicles the adventures of a teenager with special needs who battles aliens. The graphic novel was published in June 2013, and nominated for two Glyph Awards.

Easton is also a 2015 Disney-ABC Writing Program recipient. The one year program is considered by many to be one of the most successful writer programs in the entertainment industry.

Easton was also a semi-finalist with the Hollywood Black Film Festival’s Project Stargazer in 2013 – collaboration with NASA to find and develop science-fiction writers of color.

The next show is set to air the week of March  7th, so be sure to subscribe to the Two Towers Talk Show on YouTube at the link below, so you don’t miss our interview with author/screenwriter, Brandon Easton!