A NEW poster for Daredevil Season 2 has been released by Marvel/Netflix, which depicts the Man Without Fear taking on the mysterious ninja clan, known as the Hand! 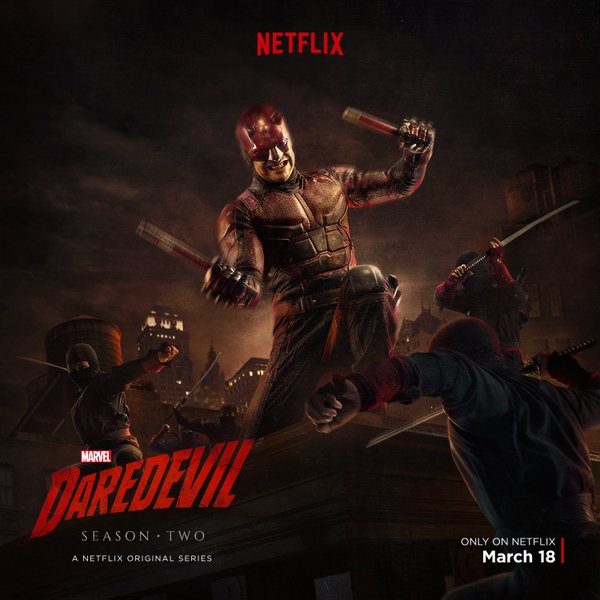 Following Daredevil’s efforts to take back his city and neighborhood from the criminal elements which have plagued them, NEW and even more deadly forces have arisen in Hell’s Kitchen. Enter Frank Castle, a hardened ex-soldier seeking vengeance, who wages his own one man war against crime with deadly results as The Punisher, and Matt Murdock aka Daredevil’s old flame, Elektra Natchios returns  seeking his help and to rekindle their romantic involvement. Now the Man Without Fear must take on a new adversary in Frank Castle and face an old flame – Elektra Natchios. Meanwhile, Matt attempts to maintain balance between his career as an attorney, his relationships with his friends and the perils he faces as Daredevil.