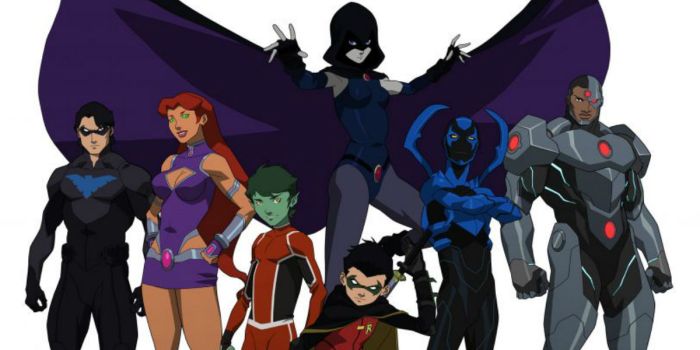 DC has recently released the first featurette for their upcoming animated film Justice League vs. Teen Titans. The footage is a behind-the-scenes introduction to the newest and youngest heroes of the DC Animated Universe. CHECK IT OUT!

The premise begins with Robin aka Damian Wayne, being sent away by Batman to work with the Titans after he botches a Justice League mission. The team of young heroes must band together to face Trigon, demon father of team member Raven, after he possesses the League and threatens to use them in his plans to conquer the world.